Sets 1 and 3 – demolition and reconstruction of toll stations

We performed works at toll stations Nanos and Log, which was considered the largest main toll station in Slovenia. 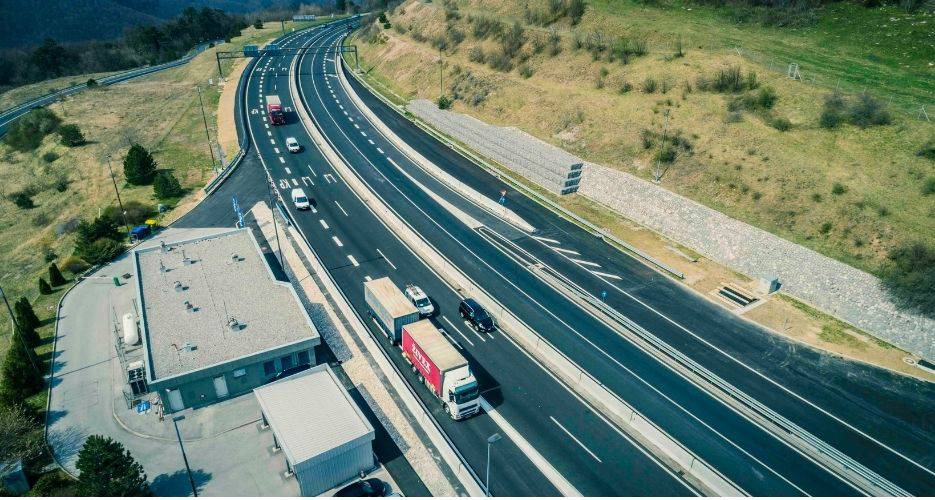 Within the project for the demolition of toll stations – Set 1, we performed works at the toll station Log. We performed the demolition of the shelter, and the toll cabins and the equipment of the former toll stations were disassembled, and concrete isles were demolished. In the area of the toll station Log, we built a new carriageway construction in the total length of 1,000 m. We provided suitable elements to enable speed without unnecessary limitations. We built two plateaus for road surveillance, separation isles between the carriageway and the plateau; we built a concrete safety fence and a noise barrier. We also established a new road lightning regime, transferred and reorganized the telecommunication network. As a measure for additional noise reduction, Kolektor CPG as the first in Slovenia successfully developed an asphalt mixture with added bitumen and modified with an addition of rubber, and used it to asphalt the plateau of the former toll station. Thus, in addition to lower noise levels in the urban and natural environment, they succeeded in enabling the faster drainage of water, smaller carbon footprint and greater straightness of the carriageway.  Within the demolition works of toll stations – Set 3, the whole access road Logatec and the carriageway on all branches of the road split Nanos were renewed, and the carriageway construction at the road split was strengthened.