Srmin entrance relieved sole existent entrance into a port, where trucks drove through the center of Koper. 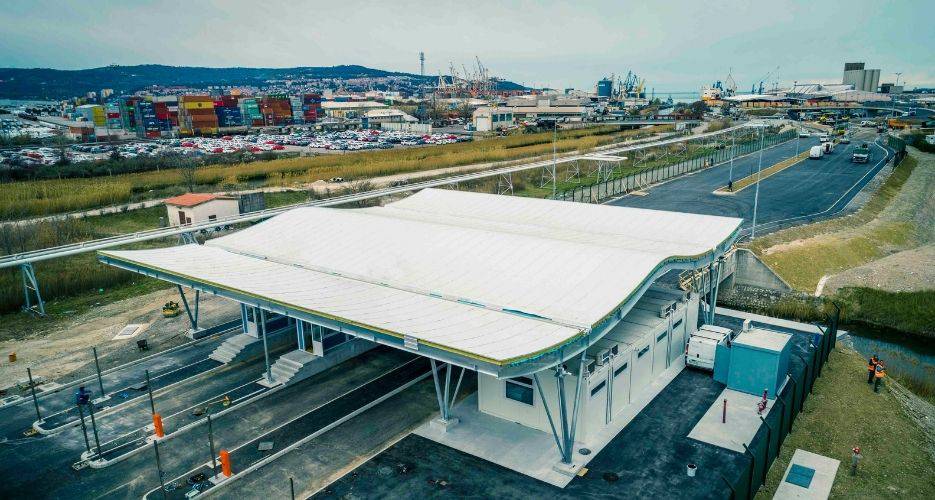 The works included the construction of a four-lane collector road into Koper Port that is continued into a three-leg roundabout and is then bound through a two-lane road with the existing junction “Rižana” in Koper Port. At the entry point, there is a container building with a steel shelter, whose wave form illustrates sea waves and extends over four driving lanes. At the line of the new entrance, there was a center for processing construction waste, thus we had to remove 25,000 m3 of flysch earth; we had to build-in 10,000 m3 of crushed construction waste into the lower dam layers and another 10,000 m3 of stone material for constructing 4 m of dam. A special procedure was needed for the execution of the customs fence that divided the construction site into two separate phases. This means that the works were constructed inside and outside of the port.

Deadline for completion of work: April 2018 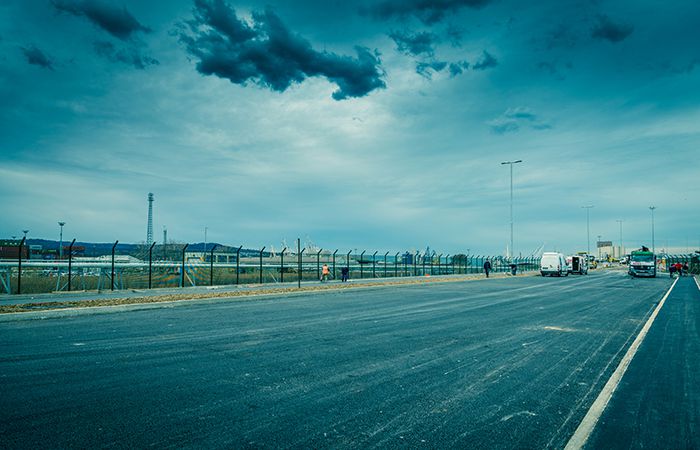 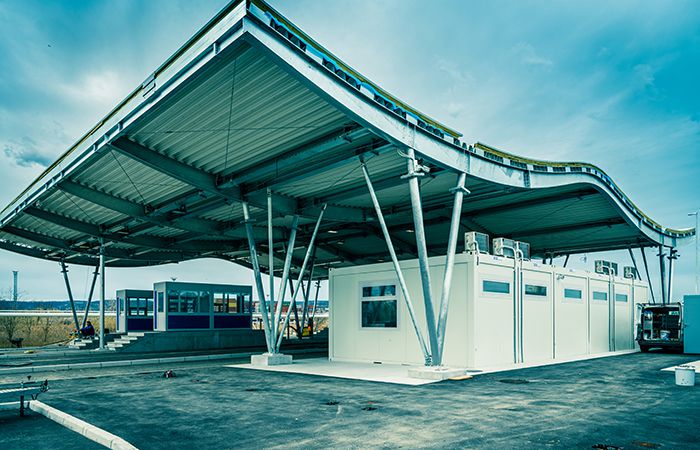 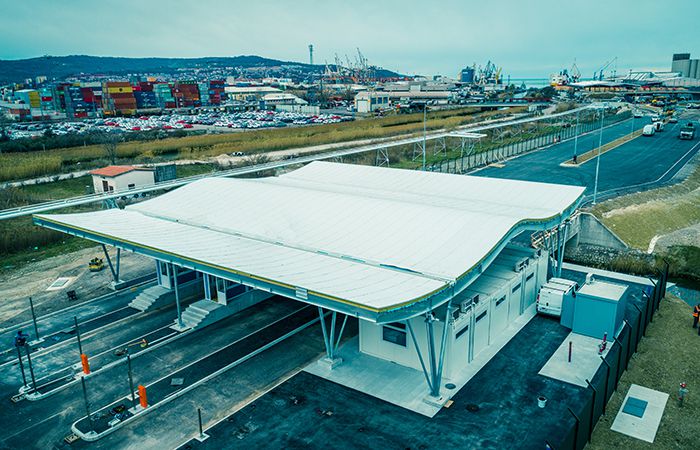